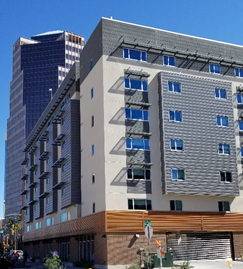 The Arizona Department of Housing (ADOH) is pleased to announce Governor Ducey has approved the 2020 Qualified Allocation Plan (QAP) which sets out the state’s eligibility priorities and criteria for awarding federal tax credits to housing properties. Each state prepares a QAP to allocate low income housing tax credits based upon its housing goals and needs. In Arizona, as in many states, this is an annual process.

On January 21, 2020, developers, lenders and other stakeholders will gather for the annual Low Income Housing Tax Credit Application Workshop to review the 2020 QAP in preparation for the upcoming April 1, 2020 deadline to submit applications for this highly competitive financing.

Each year the Arizona Department of Housing (ADOH) engages community stakeholders to share input as it prepares the draft QAP for the following year.  As the current competitive awards are announced in June, ADOH issues an Information Bulletin to almost 3,800 people to solicit comments for consideration in preparing the first draft for the QAP and continues to accept written comments throughout the comment period.

Once the first draft is posted, ADOH holds two “focus groups” to solicit comments.  The first focus group regarding the 2021 QAP will be held in Tucson directly after the Arizona Housing Forum in August 2020 and the second will be held in Phoenix shortly thereafter.

ADOH then considers all comments received to date (both written and in-person) before posting additional drafts. Generally, at least three drafts are published before the Department schedules a public hearing and notifies the community of the hearing through an Information Bulletin. After the public hearing, ADOH considers any remaining written comments submitted prior to the end of the comment period before forwarding a final draft to the Governor’s Office for approval.