CONGRATULATIONS TO THE NEWLY ELECTED MEMBERS OF THE ARIZONA LEGISLATURE 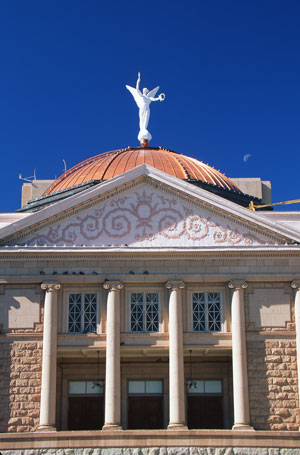 On November 8th Arizona voters elected 23 new members to the legislature and the Department is excited to work with them to address housing needs in Arizona and looks forward to continue to build partnership with returning members. The legislative caucuses have convened and elected leadership for both the House and Senate. The House majority elected J.D. Mesnard as House Speaker, John Allen as Majority Leader and Kelly Townsend as Majority Whip while the House minority elected Rebeca Rios to Minority Leader, Randall Friese will be Assistant Minority Leader and Charlene Fernandez will be the Minority Whip. Over in the Senate, Steve Yarbrough was elected as Senate President, Kimberly Yee to Majority Leader, keeping Gail Griffin as Majority Whip and Debbie Lesko will serve as President Pro Tem. The minority caucus kept their leadership intact from the previous session with Katie Hobbs as Minority Leader, Steve Farley, Assistant Minority Leader and two Minority Whips are Martin Quezada and Lupe Contreras. The Republican majority was retained in both chambers, however, both the House and Senate Democrats gained one seat.

On January 3rd the Arizona Department of Housing will be presenting to the bicameral Committee of Reference (COR) and asking for a recommendation that the Department be continued in its current form. This recommendation will be the driving force for the Department’s continuation as well as how long before the Department would face another sunset. While some agencies are required to submit to an intensive Auditor General audit, the Department was permitted to submit responses to a questionnaire, likely a result of the excellent results of the audit completed for the previous continuation process it underwent in 2012. Provided the Department receives a green light from the COR, the next step will be the introduction of a bill in the upcoming session, which will kick off on January 9, 2017. The continuation bill will likely be heard in the commerce committees for recommendations before it can ultimately be voted on by the full membership in both chambers.