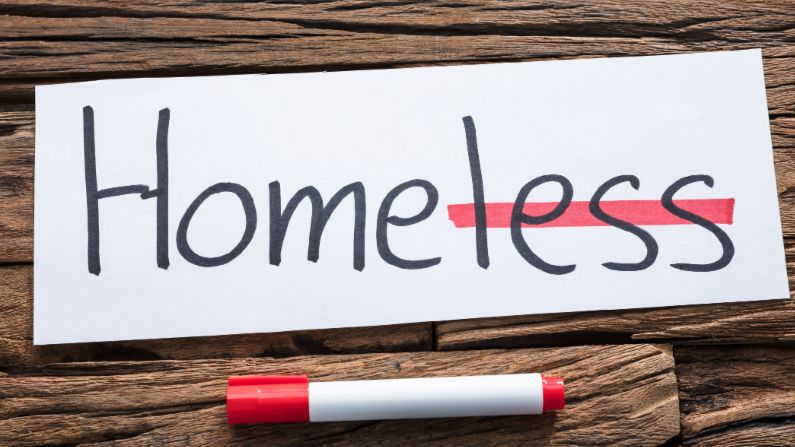 How many people experiencing homelessness are too many? On a humanitarian level, every single one of us would probably answer, just one. Arizona’s philanthropic community, as well as state, county, and local government officials, work diligently to help avoid and end homelessness in the state.

In FY2018, ADOH provided over $46.6 million in public resources to combat the issue, including $16.4 million for a myriad of programs to avoid or move people out of homelessness and an investment of over $30.2 million in financing to develop 127 new permanent supportive housing units. An important part of our mission is developing affordable housing units so that less Arizonans will be cost burdened by the cost of housing, and currently has 4,123 units under production, which will be added to the over 40,000 units of affordable rental housing that is already currently financed by or subsidized through the Department. In addition to ADOH’s investment of public resources during that period, ADES invested an additional $6.1 million, and Veterans Services invested $2.3 million to combat the issue.

The rising cost of housing, increased migration of populations into urban settings, as well as increases in mental illness and substance abuse have played a part in more visible homeless populations across the country. In Arizona, the highest increase in homelessness has been in those living on the street or in other public areas, who have been either unable or unwilling to seek shelter.

The most recent Homeless Point-In-Time (PIT) count took place at the end of January, so 2019 figures have not yet been released. However, 2018’s nationwide figures were recently published by the U.S. Department of Housing and Urban Development (HUD), in the 2018 Annual Homeless Assessment Report (AHAR). This annual report to Congress provides a nationwide estimate of homelessness based on the 2018 PIT count and provides a state by state comparison. Conducted by local Continuums of Care (CoC), the count includes sheltered and unsheltered homeless persons counted on a single night in January.

An analysis of the 2018 AHAR data shows that Arizona has had a considerably lower incidence of people experiencing homelessness (14 people for every 10,000 residents) in comparison to other Western states such as Washington, where the count is 30; Oregon, 35; California, 33; and Nevada, 25, out of every 10,000 residents.

While it is correct the 2018 AHAR reflects a 10 percent or a 918 increase in the number of homeless counted in Arizona’s PIT count from 2017 to 2018, in the long run, Arizona is moving in the right direction with the overall change since 2010 showing a 28 percent decrease, and a 33 percent decrease compared to a decade ago. This significant drop in homelessness in Arizona, despite a marked increase in rental prices and a surge of new people moving into the State over the past few years, speaks well of Arizona’s ongoing efforts to effectively address homelessness.

Over the past decade, Arizona’s Continuums of Care have introduced new resources and techniques to make gains in reducing homelessness. Among those concerted efforts have been utilizing a coordinated entry process moving people experiencing homelessness into available housing opportunities in a prioritized fashion; the introduction of statewide Rapid Re-Housing efforts; and efforts by ADOH and others to significantly increase the stock of supportive housing projects designed specifically to address the needs of formerly chronic homeless individuals in a permanent setting. The Department is currently piloting a limited test run on an Eviction Prevention Program that takes a different approach from past eviction efforts in the state. The Department is also working with its sister agencies to provide additional resources to the chronically, unsheltered homeless in the state’s urban core.

The State of Arizona continues its commitment to end homelessness by joining with other public and community partners to provide funding to offer services for individuals in need of shelter and housing. We are committed to working diligently to help avoid and end homelessness in the state.