For those of us who were living in 1968, there are many memories that will forever linger in our minds when we think of that year. The Vietnam War, which was at its height, and the tragic killings of Martin Luther King Jr. and Robert F. Kennedy will always come to mind. That year, now half a century in the past, will also forever be associated with addressing social injustices.  Despite many unsettling things going on during that period, a positive development came about when the Civil Rights Act of 1968, also known as the Fair Housing Act, was enacted by the federal government.

This year the State of Arizona pauses to celebrate the 50th Anniversary of the passing of the Fair Housing Act, and as in years past, is pleased to announce that April has been declared Arizona Fair Housing Month through a proclamation signed by Governor Douglas A. Ducey. 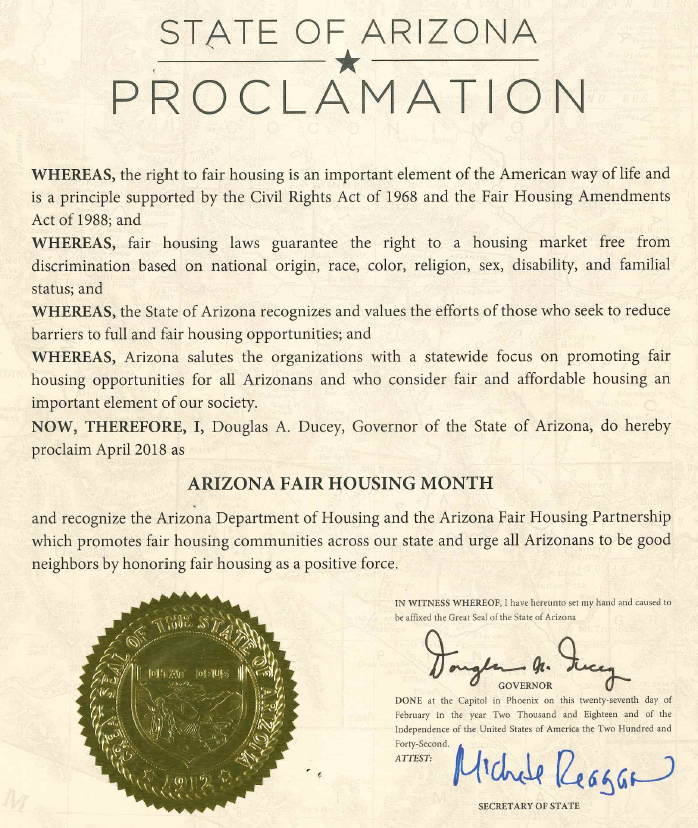