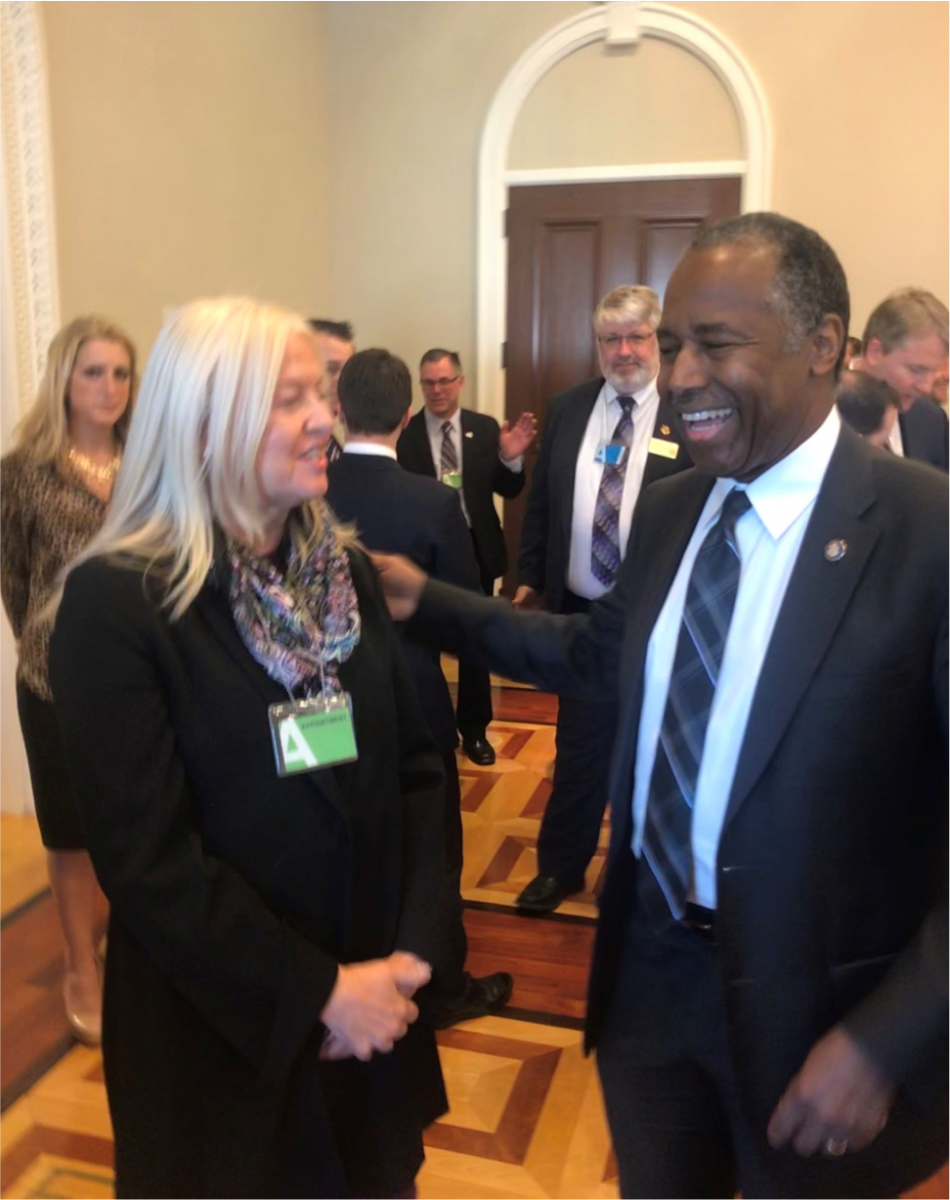 In November, I had the honor of participating in a meeting at the White House on housing affordability with White House Officials, HUD Secretary Ben Carson, and other federal, state and local officials. The meeting was one of a number held in response to President Trump’s Executive Order establishing the White House Council on Eliminating Barriers to Affordable Housing. The Council consists of members across eight federal agencies and has been tasked to engage with state, local, and tribal leaders across the country to identify and remove the obstacles that impede the production of affordable homes – namely, the enormous price tag that follow burdensome government regulations.

We are pleased to know that the White House is interested in obtaining nationwide feedback on the topic and has empowered the country’s housing secretary and other federal officials to delve deeply into solutions to housing affordability. It is the first time that I can recall in the quarter of a century I have been working in the affordable housing arena, the federal government actually reaching out across the country at so high a level and in so broad a way to obtain feedback on housing issues.

While different locales have unique challenges, a common thread runs through it – skilled labor shortages, rising cost of land and materials, not-in-my-backyard attitudes, and government dictates at all levels. We were thankful for the opportunity to share some thoughts on the matter.