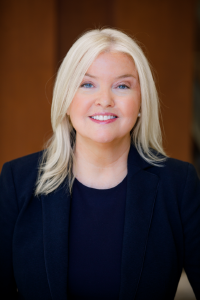 There has been a lot of press lately around the fact that Arizona’s median house price is now just under $300,000, while in the Phoenix-metro area it now exceeds that amount. This sounds like bad news for attainability, which is how it is often conveyed in the news, but what does “median” mean? A median price simply means half of the houses in the state are valued at less and half more. We all know that one of the reasons Arizona continues to be a state of choice when folks are leaving other states, is our relatively affordable housing.

Right now one of the most positive aspects of the homebuyer market is the current mortgage interest rate – which has never been better, truly making housing more affordable. Not only is this a positive indicator for new buyers, but current owners are also saving hundreds of dollars on their monthly payments by refinancing. Due to low rates, a buyer making Arizona’s median income, can more than afford a median priced home. In just the last three years, the average income in Arizona has grown by over $8,600 a year, to $65,400. Arizona has experienced, over this period, the 5th highest increase in income in the nation.

Despite the pandemic, Arizona’s job market has not been impacted as hard as the nation as a whole. In September, the State’s unemployment rate was well below the national average. Thanks to Governor Ducey, Arizona’s construction trades have been considered essential workers throughout this time, so development has been able to continue, and jobs are being added in that sector. A recent report issued by State Policy Reports gauged Arizona third best in the nation for economic momentum. This is all very good for housing.

So, what is the State doing to encourage homeownership? At the Department we’re directing people to the Home Plus Mortgage program, which is the State’s single-family mortgage program. It offers a competitive mortgage rate, paired with down payment and closing cost assistance, and is available to eligible buyers anywhere in the state. The great thing about this program is that fee income generated by the program is deposited into the State Housing Trust Fund. Last year, the Trust Fund received nearly $8 million in income from this program.

It is nice to be able to convey good housing news while we are still in the midst of the pandemic and associated economic concerns. Throughout this time, housing insecurity has been one of the main issues that has emerged as many lost their employment and were unable to cover their housing costs, perhaps temporarily, perhaps permanently. At the Arizona Department of Housing we have been working to address some of these issues since last March. We have also been working in a myriad of ways to deliver assistance for landlords, homeless populations, communities, and buildings for vaccination delivery.

Government cannot and should not address every issue that effects the housing world. However, we know that in uncertain times like this, housing, homelessness, and community needs may take on added importance and we are working to help where we can.

At the Arizona Department of Housing, we continue working to make Arizona the best place to live, work, and play.