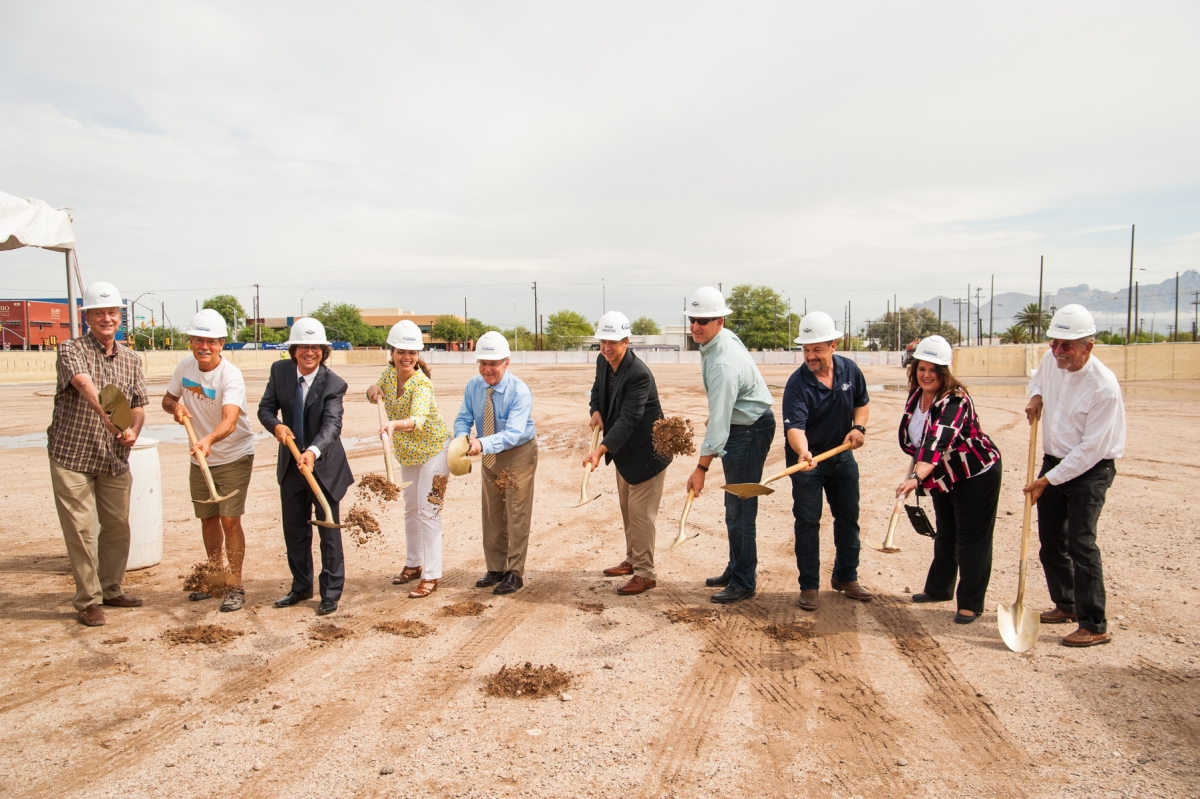 West End Station, an approximately $19,304,386 project, is one that the City of Tucson takes much pride in and rightfully so.  This 70 unit affordable housing project is located next door to Tucson’s SunLink, modern streetcar line, in the Mercado neighborhood.  The Avenita del Convento at Congress Street SunLink rail station sits next to the site, as well as a high capacity SunTran bus stop, makes this project one of Tucson’s most high profile, transit-oriented, affordable housing developments.

The subject site of this proposal is part of the LEED-ND (Neighborhood Development) that has received Stage 2 Gold Certification from the U.S. Green Building Council (USGBC).  They are following ADOH’s prescriptive path for sustainability on the design and construction of this project.  This development will also be smoke-free.  The project will include 70 total units of fully-accessible housing with a mix of 1, 2 and 3-bedroom units, with 21 units set aside for households with children, and 14 for persons with developmental disabilities.  All common area amenities will be located on the ground floor ‘podium level’ and will include a large play area with artificial turf, including an accessible playground structure, a barbecue and picnic area with raised planters and a plethora of bicycle racks.  The project will include a fitness center and multi-purpose community center with a kitchen that can serve in excess of 30 individuals.

Gorman, along with the redevelopment area’s master developer and land seller, The Gadsden Company, have worked extensively with the City of Tucson to make this project as affordable and accessible as possible. The City of Tucson has committed $600,000 in federal HOME funds to the development as well as 56 units of Section 8 Project-Based Voucher assistance.

The proposed development will target families with children, adults with developmental disabilities, as well as a mix of other populations of all age groups. Of the 70 units, 25 will be set aside for households at 40% Area Median Income (AMI), 32 units at 50% AMI and 13 units at 60% AMI. In addition to the mandatory amenities, there will be ceiling fans and window coverings. There will be washers and dryers in the three-bedroom units and a common laundry area.  The property will also include a community room, Tenant Services, playground, a BBQ and Picnic area with tables, and underground parking.