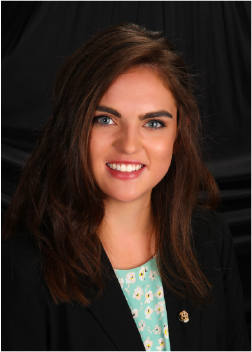 Hannah Keane joined the Arizona Department of Housing as an Executive Assistant to the senior leadership team on June 28. Hannah brings experience in program development, research report preparation, organizing presentations and scheduling management. Prior to joining the Department, Hannah served as a Confidential Assistant at the National Endowment for the Arts in Washington, DC where she was responsible for coordinating daily meetings, appointments and travel for the CFO; led a team for federal grant applications; and managed travel and expense reports for senior leadership. Hannah holds a Bachelor of Science degree with a major in creative industries from Bentley University. 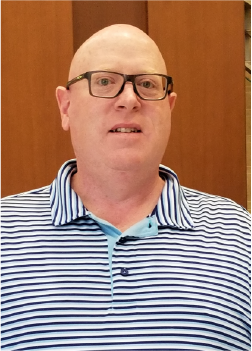 Jeffrey joined the Department on June 14 as an Investigator/Auditor with the Manufactured Housing & Building Division. Jeffery has an extensive background in law enforcement along with a wide array of knowledge and experience related to auditing, application of statutes, regulation and enforcement. Prior to joining the Department, Jeffrey served as an Assistant Range Manager with the Arizona Game and Fish Department, overseeing operations of the Ben Avery Shooting Facility and managed a team of employees. 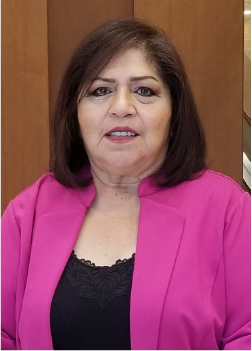 Evelyn Estrella joined the Department on May 17 as the Administrative Assistant for the Manufactured Housing & Building Division. Evelyn has over a decade of experience serving in administrative support roles for various Arizona state boards. Prior to joining the Department, Evelyn served as a licensing administer for the Arizona State Board of Funeral Directors and Embalmers where she helped with converting to an eLicensing platform with Salesforce and served as the liaison for DPS in processing background checks. 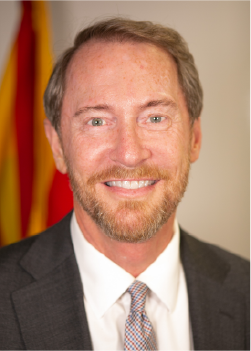 Tom Simplot joined the Arizona Department of Housing on May 5 as Director of the agency. Tom has been in leadership positions in the private sector and in local, state, and federal levels of government, most recently serving as senior deputy chairman of the National Endowment for the Arts in Washington, DC. In this role, he served as chief operations officer of a federal grant-making agency with over 150 employees and a budget of more than $160 million.

Tom was also a longtime member of the Phoenix City Council and served as president and CEO of the Arizona Multihousing Association. While on the Phoenix City Council, Tom focused on housing, arts, and economic development, and led the effort to establish the first new-build permanent supportive housing apartment community in the City of Phoenix. Tom has served on the boards of the Valley of the Sun United Way, Valle del Sol, Arizona Chamber of Commerce & Industry, and Phoenix Theatre. He also served as president of the Maricopa County Board of Health and the Maricopa County Industrial Development Authority. 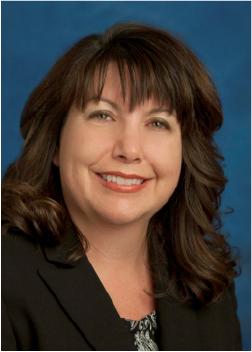 Cindy Navarrete Stotler joined the Arizona Department of Housing on June 1 as the Deputy Director. Prior to joining the Department, Cindy worked for the City of Phoenix for 31 years and held positions in five City departments including Finance, Budget, Police, and Planning & Development.  For the last five years, Cindy was the Director of the Housing Department, managing an annual budget of $130 million and 135 employees.