The Arizona Department of Housing announced the recipients of the 2017 Brian Mickelsen Housing Hero Awards at the 14th Annual Arizona Housing Forum.  The Brian Mickelsen Housing Hero Awards recognize outstanding service by individuals and organizations for their commitment to numerous housing issues throughout the state.  Each year, nominees in seven different categories are selected based on their efforts to support affordable housing for moderate and low-income Arizona families.  The awards are named in honor of the outstanding public service exemplified by the late Brian Mickelsen, an original member of the Arizona Housing Finance Authority and former city manager for the Town of Cottonwood. 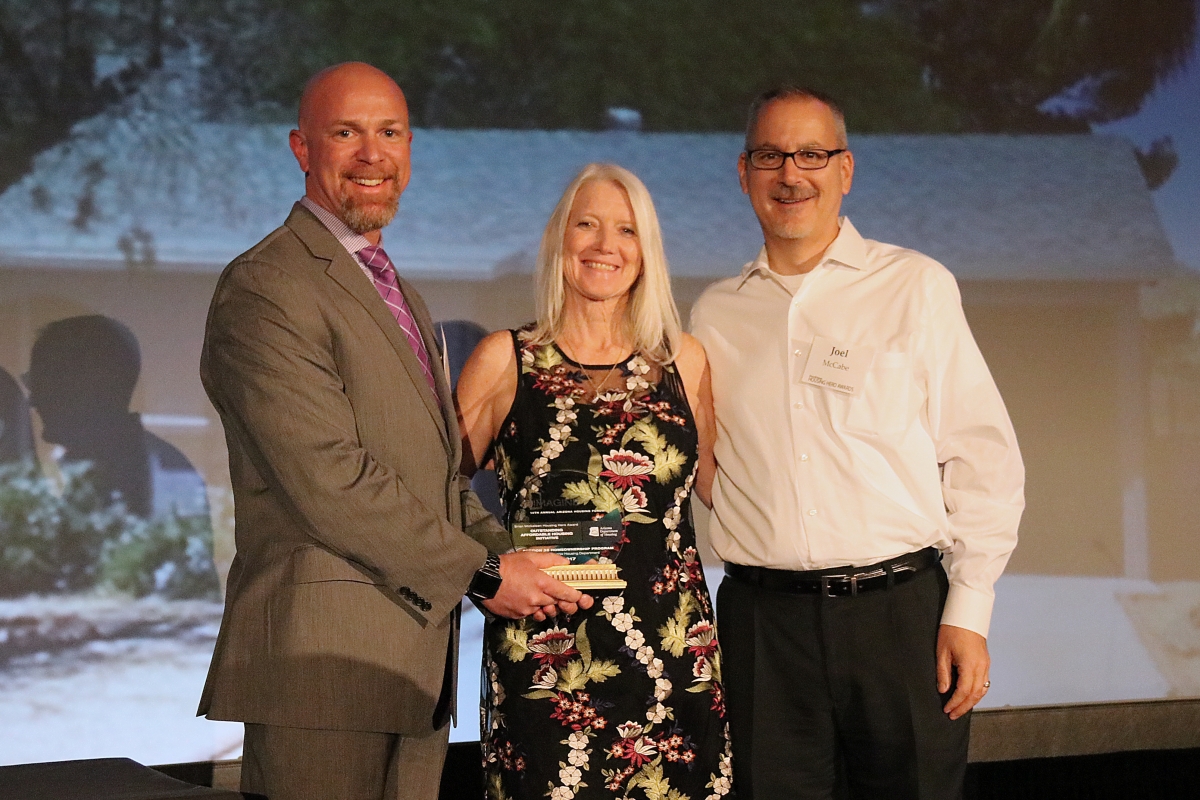 The Outstanding Affordable Housing Initiative Award was presented to Section 32 Homeownership Program, a program in which single-family homes in the city’s scattered site public housing inventory are rehabilitated and sold to homebuyers earning less than 80% of area median income.

First time homebuyers are provided free financial and homeowner counseling. The program has progressively become more successful assisting 103 families since 2008, none of which have defaulted on their home loans. Average costs for the program are $20,370 per unit for the rehabilitation work and $28,241 per unit for the loan subsidy. Sale proceeds are used to fund additional projects opening up opportunities for additional homebuyers. 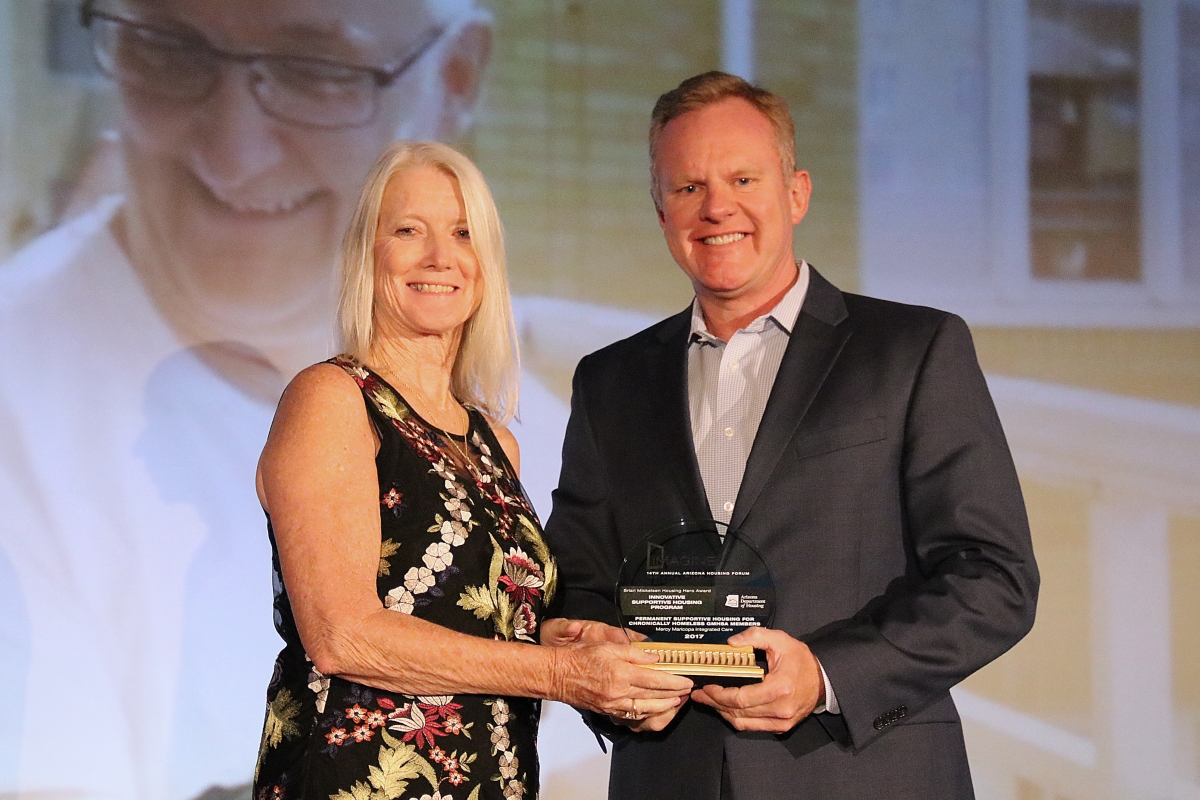 Mercy Maricopa and its provider partners, La Frontera EMPACT and Community Bridges, Inc., took a significant risk, committing to a new, untested service model with a high need, service resistant population. This “whatever it takes” philosophy and client centered culture made Mercy Maricopa both an outstanding partner and successful Regional Behavioral Health Authority. 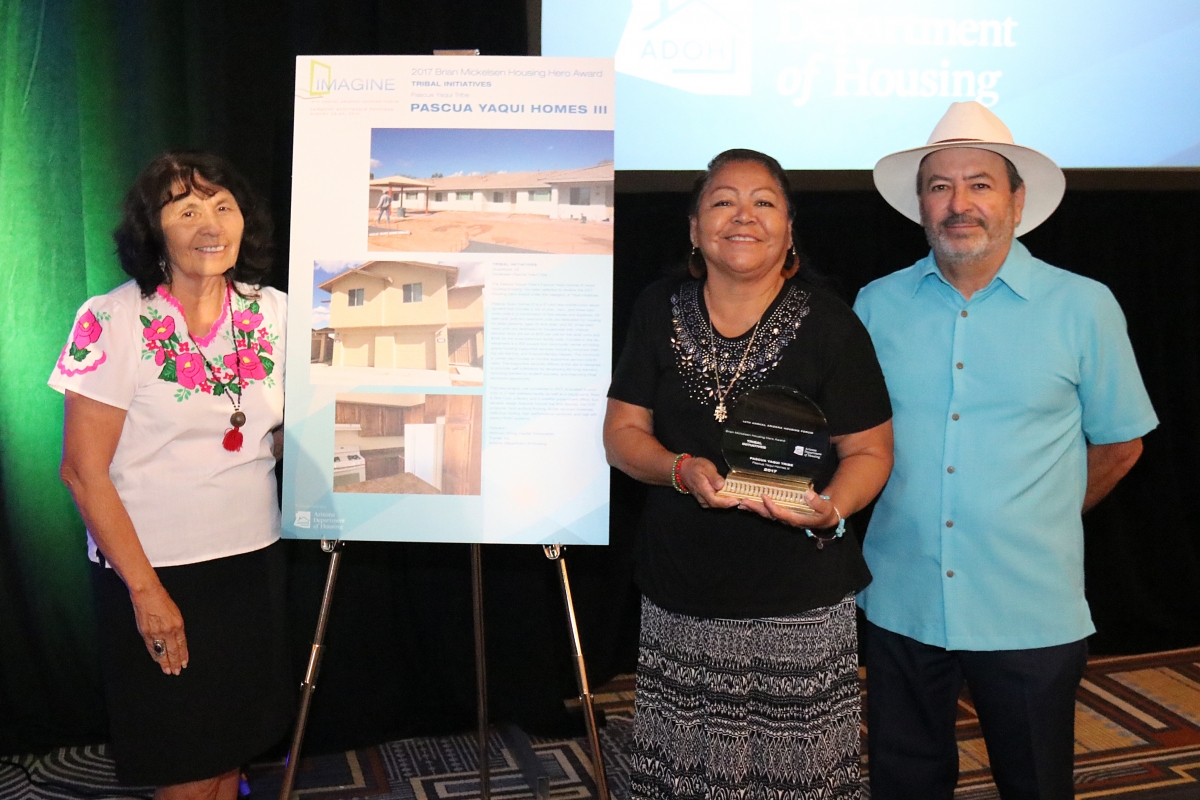 Monthly rents are set at $100 per unit for the elder units and $348 for the three-bedroom family units. Included in the development is a 952 square foot community center providing space housing supportive services including computer training, job training, and financial literacy classes. The community center also houses an on-site supportive service coordinator. The supportive services offered at the site is designed to promote self-sufficiency by developing life-long learners, removing barriers to student success, and improving tribal economic opportunity.

Marco A. “Tony” Reyes Comite De Bienestar, Inc., Executive Director, was awarded with the Arthur Cozier Partner in Housing Award, which celebrates the single action or a lifetime of success of an individual committed to improving the lives of families and the health of communities through recognition that decent, affordable housing is basic to our social fabric.

Comite De Bienestar, is a non-profit corporation headquartered in the city of San Luis, a border community located in Yuma County. From its beginnings, Comite worked to empower Mexican-Americans and new immigrants in overcoming the barriers they face, including very low wages, little access to conventional financing for housing, and limited political representation.

Madison Heights consists of 143 affordable units for chronically homeless households.  All of the units at Madison Heights are affordable to residents earning at or below 60 percent of the area median income, with 30 units set aside for chronically homeless households. Flagstaff Senior Meadows’ environmentally conscious universal design promotes the highest quality of life for Flagstaff seniors with incomes ranging from 40 percent to 60 percent of Area Median Income.  The project allows seniors to “age in place” maintaining self-sufficiency and independence.

To ensure the success of the chronically homeless households, a full time on-site case manager is provided in partnership with the Valley of the Sun United Way and A New Leaf. A full-time resident service coordinator is also provided by the Maricopa County Human Services Department.

Located in Cottonwood, the Highland Square campus offers 60 Affordable Housing units Serving seniors, 62 years of age and over, earning 40, 50 and 60 percent of the Area Median Income.  The residents will have access to health screenings on sight from Resident Service Coordinators, including diabetic care, dementia care counseling, nutrition advice, and caregiver instruction.

The project pays all utilities and provides rent subsidies through the U.S.D.A.’s Rural Development office, allowing residents to only pay 30 percent of their income towards rent. Highland Square has 50 one-bedroom and 10 two-bedroom apartment homes with nine-foot ceilings, walk-in closets and patios. 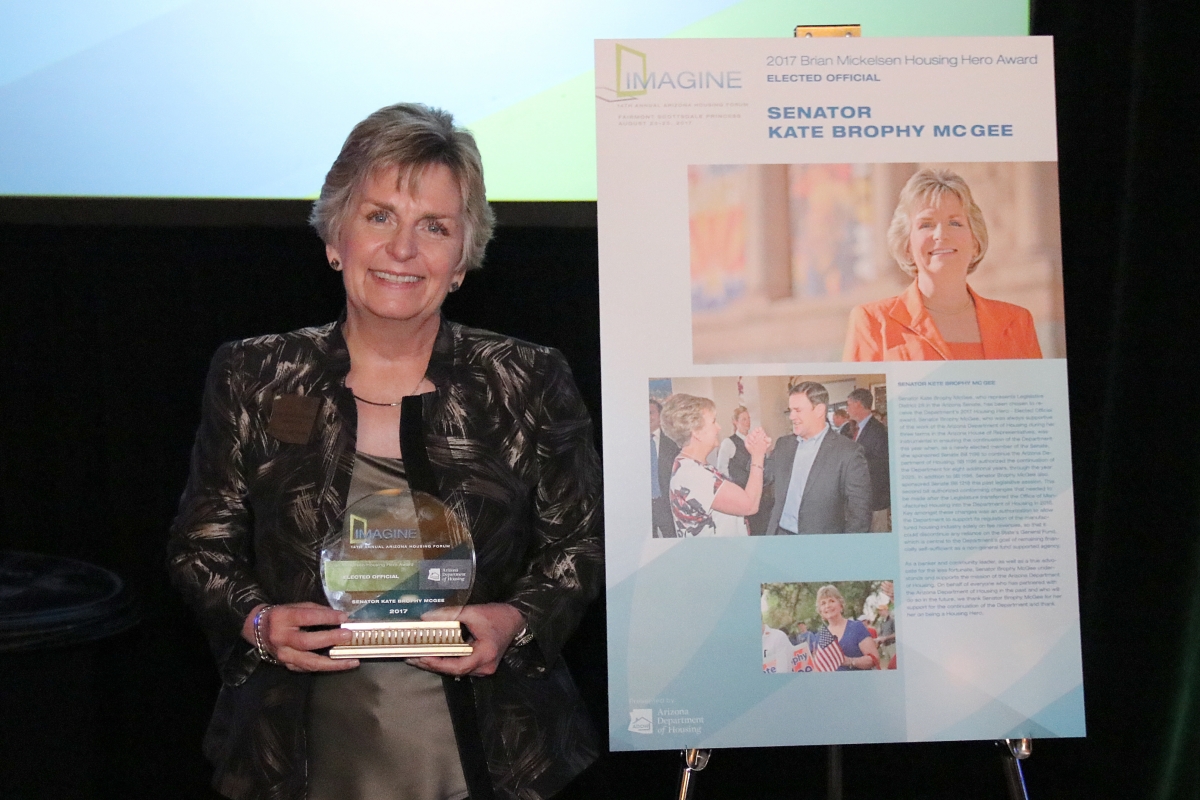 Finally, Senator Kate Brophy McGee was presented with the 2017 Elected Official Award which recognizes an Arizona elected official who has demonstrated ongoing support for affordable housing projects and programs including housing for homeless, domestic violence, special needs and low income families and seniors.  Senator Brophy McGee was instrumental in ensuring the continuation of the Department this year when, as a newly elected member of the Senate, she sponsored Senate Bill 1196 to continue the Arizona Department of Housing. SB 1196 authorized the continuation of the Department for eight additional years, through the year 2025. 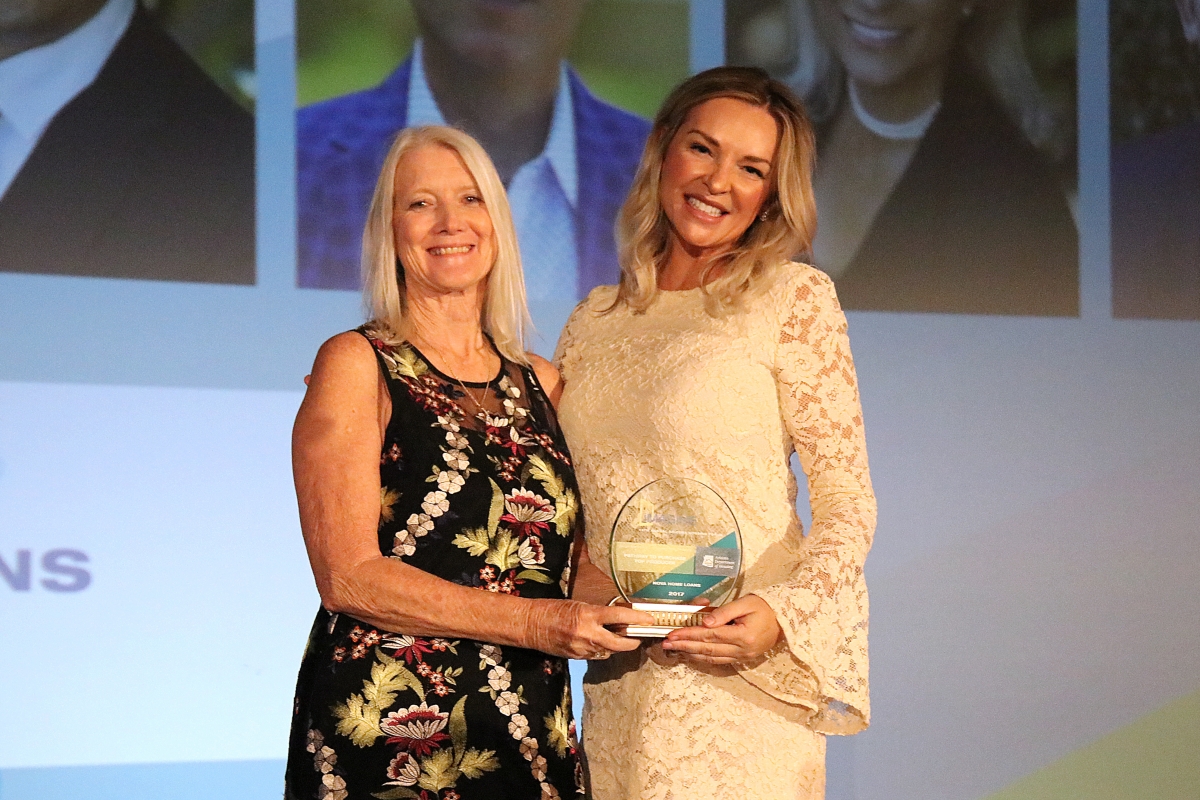 In addition to the Brian Mickelsen Housing Hero Awards, the Arizona Department of Housing presented Nova Home Loans with the 2017 Pathways to Purchase Top Producer for their amazing work assisting first time homebuyers in Arizona achieve the dream of homeownership.  The loans for these homebuyers were made possible through the AzHFA.

The awards was presented at the Scottsdale Princess Resort in Scottsdale, Arizona at a luncheon during the 14th Annual Arizona Housing Forum.